We Are Open and Able to Serve You Online!

Do You Feel Like Your Body Has Changed Postpartum

We recently did a poll on our social media with an audience of over 1,000

“Do you feel like your body has changed postpartum? Not Aesthetically but functionally?”

Of those that responded

We purposely phrased the question to focus on functionally because in the media we see images of aesthetic changes postpartum but rarely we hear what actually happens and the changes once your body gives birth.

As a Pelvic Expert Physical Therapist and mom of 3 I know first hand the significant functional changes that happen postpartum which are often related to birth injuries.

A member of my team sent me a Tiktok where a woman mentions that she had no idea that her organs could “start falling out of her body postpartum” and there were millions of likes and thousands of comments of women agreeing that they had no idea and it happened to them too or they happened upon the information reading a birth book and it FREAKED THEM OUT.

Yeah you might gain a few pounds and get some stretch marks but like why isn’t the “organs falling out of the body” the MOST COMMON concern???

So why does a Pelvic Organ Prolapse happen? Think of our core as a perfect pressure system. All of sudden you are carrying extra pressure on the system, the baby and their stuff, then the big day comes and you exert as much force and pressure on the system as you can to get that baby out. That push isn’t just pushing your baby out, it’s applied to all of your pelvic organs… bladder, rectum etc.

So the good news is that immediately after birth your pelvic floor will naturally recoil or contract, kind of scooping up your organs and holding them in a bit. BUT your pelvic floor has been THROUGH IT and it’s not as strong as it was because it’s stressed and has scar tissue. So you and baby are happy and healthy heading home, things feel weird but you’re in a daze and you have a small human to keep alive so you’ll take it easy. Flash forward two years your pelvic floor still has scar tissue and it’s been kind of stuck in the same position trying to hold your guts in and you’re chasing after a little one, doing workouts, living life and your pelvic floor isn’t as functional as it was prior to birth so it let’s a lit organ slip past and all of a sudden you feel the bulge when you go to wipe. There is a bulge in your vagina something is coming out of your vagina and it’s not a baby.

So you google of course and that makes it a million times worse and even scarier because now you think you need surgery but of course some Helen in Michigan says DO KEGELS so you start those up again and nothings getting better! Quick Break For Some Helpful Images –

Kegel’s are a pelvic floor contraction. Think of it as a door to the messiest closet, clothes and boxes ( which are the pelvic organs)  are blocking the doorway. If you just keep trying to close the door nothing is going to happen… you actually have to physically move the clothes and boxes to their correct position then you can close the door. But if you just keep closing the door on all your stuff eventually you’re going to start pushing stuff in the wrong direction and it’s not making the situation better.

Pelvic Floor Physical Therapy treatment for prolapse includes manually putting pelvic organs back in their proper places, addressing the scar tissue in the pelvic floor so it’s strong and functioning properly and teaching you how to maintain and restore your perfect pressure system that changed during pregnancy and birth. And this is just one of the postpartum diagnoses we treat. As much as we love helping people heal we love helping people PREVENT these issues from happening in the first place!

Birth preparation with a Pelvic Expert Physical Therapist is the #1 thing you can do for yourself and your future health. Avoid Issues Like;

You can also reduce the need for the “cascade of intervention” during labor which is a common phrase in the birth world for what happens when you get to a hospital and you’re not far enough along in labor so they start bringing out their tricks of the trade like Pitocin. You can reduce the chance of tearing to your butthole or getting an episiotomy during birth because the baby isn’t able to get through.

Optimizing your body, training yourself and learning to coordinate your core for BIRTH with an expert in the muscle group that will be doing the work during birth SHOULD BE THE NORM. It’s why I started my clinic and wrote my book. I saw what happens to women who birthed our generation and got no support with their postpartum healing and I don’t want any of us to face that same fate.

"We Help Women Through Fertility, Pregnancy, Birth, Postpartum and Beyond So They Can Live Active, Confident, Healthy Lives Without The Need For Medication Or Surgery" 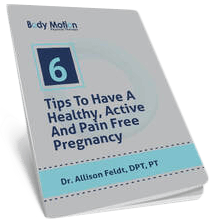 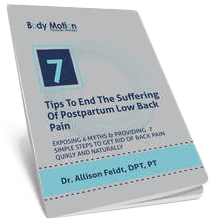 All information on this website is intended for instruction and informational purposes only. The authors are not responsible for any harm or injury that may result. Significant injury risk is possible if you do not follow due diligence and seek suitable professional advice about your injury. No guarantees of specific results are expressly made or implied on this website.
If you would like, we will provide you with a “Good Faith Estimate” of our cost when you schedule at least 3 days in advance. If you would like to request a Good Faith Estimate before scheduling, please call our office or email us at contact@bodymotionpt.com 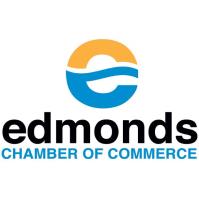 Get Your Free Tips Report:
Low Back Pain